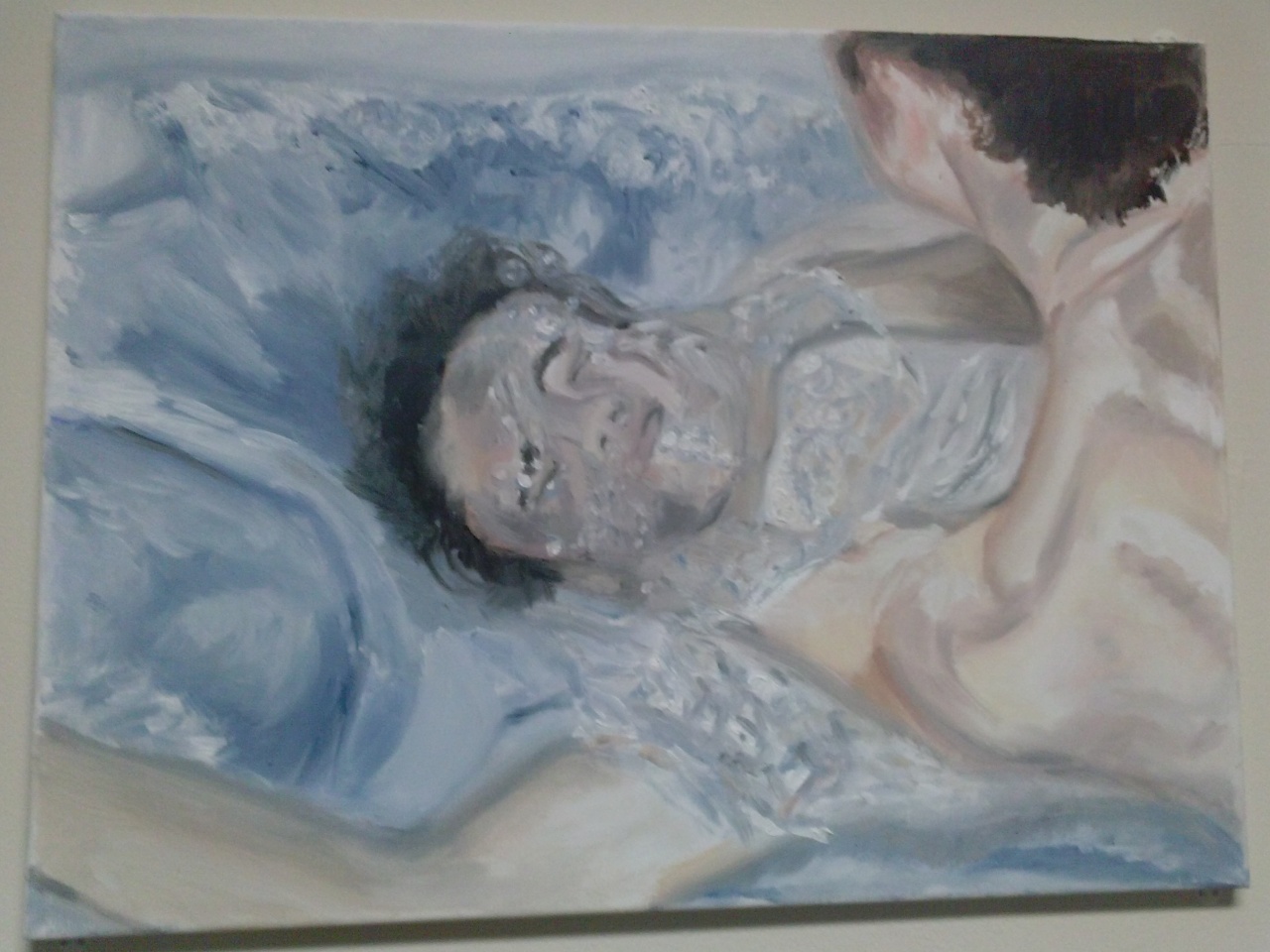 This is probably been one of the hardest pieces for me to explain to people. They look at it and all they see is the subject. A man submerging another man in a bathtub. They think its a dark and depressive piece. Then when I tell my audience that I intended the piece to be a man immersing himself and attacking his own reflection, they believe that I am experimenting with the idea of suicide.

I will not sugar coat my painting’s meaning because it isn’t a positive one. But the thought process behind it also isn’t quite that negative. The idea was that this man was drowning from his own misery. I take the Robert Jordan quote “He was swimming in a sea of other people’s expectations.” very literally. He is inundated in his own expectations and has no one but himself to blame.

People have asked me why he isn’t fighting back. Why is his arm to the side and not pushing away? or why is his expression not demonstrating extreme anguish? Well this is where people can freely interpret the piece. I don’t know why. There might not be an answer, or if there was he wouldn’t be drowning.

The real experimentation I was conducting with this painting was if people would notice the colors. I wanted to see if people would still get the same message and subject even if the colors were calming. The skin on the mans back is smooth like  baby seal, with a peachy complexion, and safe muscles. The water is a feathered, with crystal ripples and a relaxing light blue hue. The cool colors don’t allude to a dangerous scene at all.